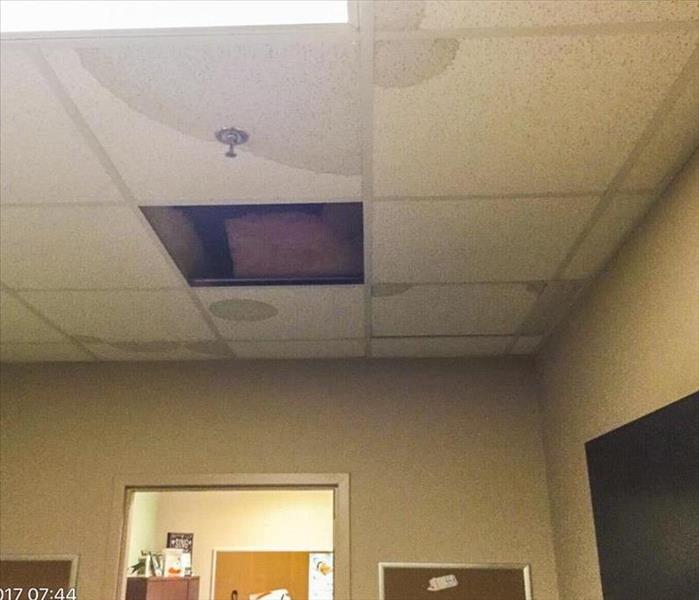 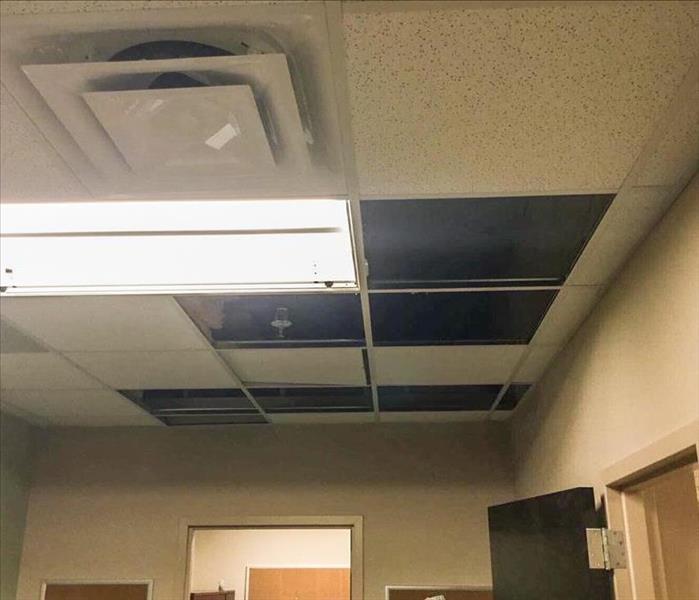 This Melbourne, Florida commercial building had a roof leak caused by a terrible storm that hit Florida's east coast. The leak in the roof caused water to come through the ceiling affecting the office furniture, computers, paper work, drywall and carpets. Our mitigation crew was notified and was there within the hour and started extracting the water and place several fans and dehumidifiers. After the water was removed, the crew had to remove the affected drywall and damaged ceiling tiles. The after picture was taken three days after the storm came through Melbourne and caused the commercial water damage. The business was able to start back to work after the three days it took to dry out the building.

View More Before & After Photos